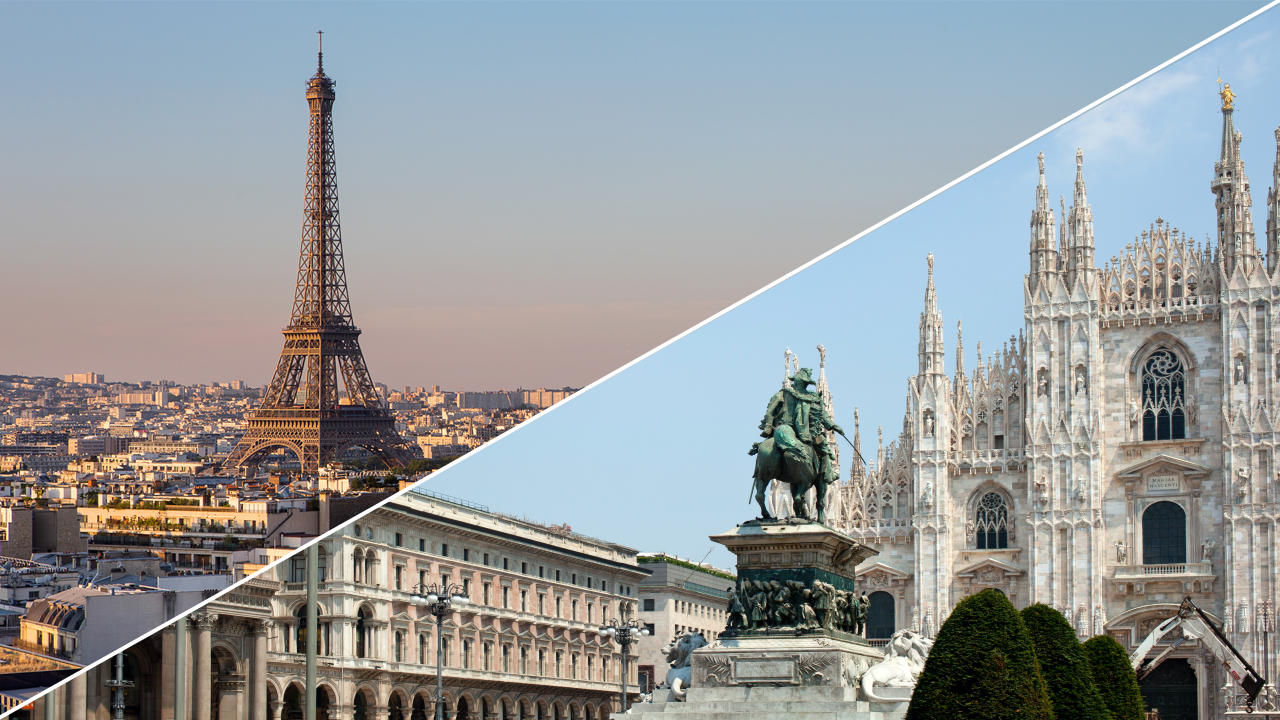 What are the main managerial differences between French and Italians? Close neighbours, however real differences do exist. For the most part they are rooted in history.

A couple of weeks ago I had the pleasure of meeting Sara Gallinari, founder of AI°FI, a firm specializing in France-Italy Intercultural support and Intercultural Management training. We came up with the idea of doing an interview together on the main managerial differences between Italians and French.

Trying not to fall into the clichés that differentiate the two countries, it is somehow necessary to tackle certain stereotypes to better understand and explain them.

For this talk with Sara I have chosen to focus on two topics that, in my opinion, distinguish the French management from the Italian one:

Then I shared my view on the benefits of working with the Italians and with the French, based on my experience as HR and as a manager in both countries. Finally, Sara asked me a tip I could offer to Italians who are preparing to settle in France, and to French people who want to work and live in Italy.

Two main differences between the French and the Italian Management Approach

The French and Italians have a very different concept of time. It affects how they work and operate in business. I could illustrate this with two proverbs.

Italians work with the following proverb: “C’è sempre un santo da qualche parte” (there’s always a saint somewhere ready to help us to face the unknown). In other words, there will always be time to finish what needs to be done on time. Italians focus on the short term. They do not seem to destabilize when it comes to emergency work and short deadlines. On the contrary, very often the idea of urgency and eagerness push them to be much more efficient and creative.

It is the other way round for the French people who tend to work in business according to the following saying: “La préparation est la clé du succès” (preparation is the key to success). In France, they start from the following principle: if everything has been anticipated and prepared well in advance, then there is no reason for the project to fail. So, if an unpredictable event disrupts the project, a French manager thinks that he did not anticipate enough. The idea to manage an important project, or a task with little or no preparation can be really stressful in France. Everything is based on anticipation, and everything is considered in the long term.

Therefore Italians tend to be more creative with the unexpected and the unknown, while the French tend to feel caught off guard when it comes to face imminent deadlines but they do have considerable organization and planning skills.

I would say that the two countries also have a different relationship with individualism and that, probably, this is the direct result of a different historical background in the two countries. French entrepreneurs know that they can always count on significant State support because this is how the French system is organized.

In Italy it’s not exactly that way. Here there is no strong centralized culture and entrepreneurs do not necessarily expect to be helped by the State. As a well-known Italian proverb says: “Chi fa da sé fa per tre” (If you want something done, do it yourself).

Differences between the French and the Italian Management Approach: the benefits to work with the French

Based on my experience and without falling into clichés, I feel like expressing my point of view on the advantages of working with the French.

I appreciate first of all their remarkable organization skills, their rational reasoning, and their sense of anticipation. In my opinion, the French have a knack for preparing and planning everything in advance and to think in terms of long term, which is rather appreciable in the business.

Differences between the French and the Italian Management Approach: the benefits to work with the Italians

As for the Italians, I praise the ability to innovate, create, adapt and manage unforeseen situations. Italians have learned to deal with the unexpected since childhood, which is an important skill. This becomes an ability to innovate, to research, and even a passion for beauty. This is probably why there are so many well-known designers and architects in Italy.

My tip for an Italian who meets a Frenchman for the first time is not to rely on his first impressions. An Italian might be surprised by the voice tone of the French. Everything will make him think that the French is angry while very often he is not at all.

Behind all this there is probably an explanation based also on linguistic differences. Actually Italian is a language of vowels, while French is a language of consonants. French comes out to be harder to be listened to by someone who is not accustomed to that language.

Additionally the frequency of the sound is lower in the French language, and this may make one think that the speaker is arrogant in the way he expresses himself, while this is not obviously the case. For this reason, I would say, it’s worth not to stick with the first impressions.

In the first place, not to be discouraged by the complexity of the Italian bureaucracy, especially when it comes with administration. Try to rely on the local Italian network, very often people can provide valuable help and save time.

Secondly, a French person should pay attention to how he interacts with Italians and so that to avoid being seen as “pointing the finger”. In other words, a French working in Italy should be careful with his speech, be precise in his words in order not to appear arrogant with Italians, when this is not his intention.

In Italy, there are many artisans and small or medium-size companies. Corporate culture tends to be more paternalistic than in France, and everything is based on human relations. This explains why the personal relationship prevails over contracts. Trust must be firmly established and must go beyond a simple contract formalised on a piece of paper.

Recent Posts
Back To Top

You can find out more about which cookies we are using or switch them off in settings.

This website uses cookies so that we can provide you with the best user experience possible. Cookie information is stored in your browser and performs functions such as recognising you when you return to our website and helping our team to understand which sections of the website you find most interesting and useful.

Strictly Necessary Cookie should be enabled at all times so that we can save your preferences for cookie settings.

If you disable this cookie, we will not be able to save your preferences. This means that every time you visit this website you will need to enable or disable cookies again.